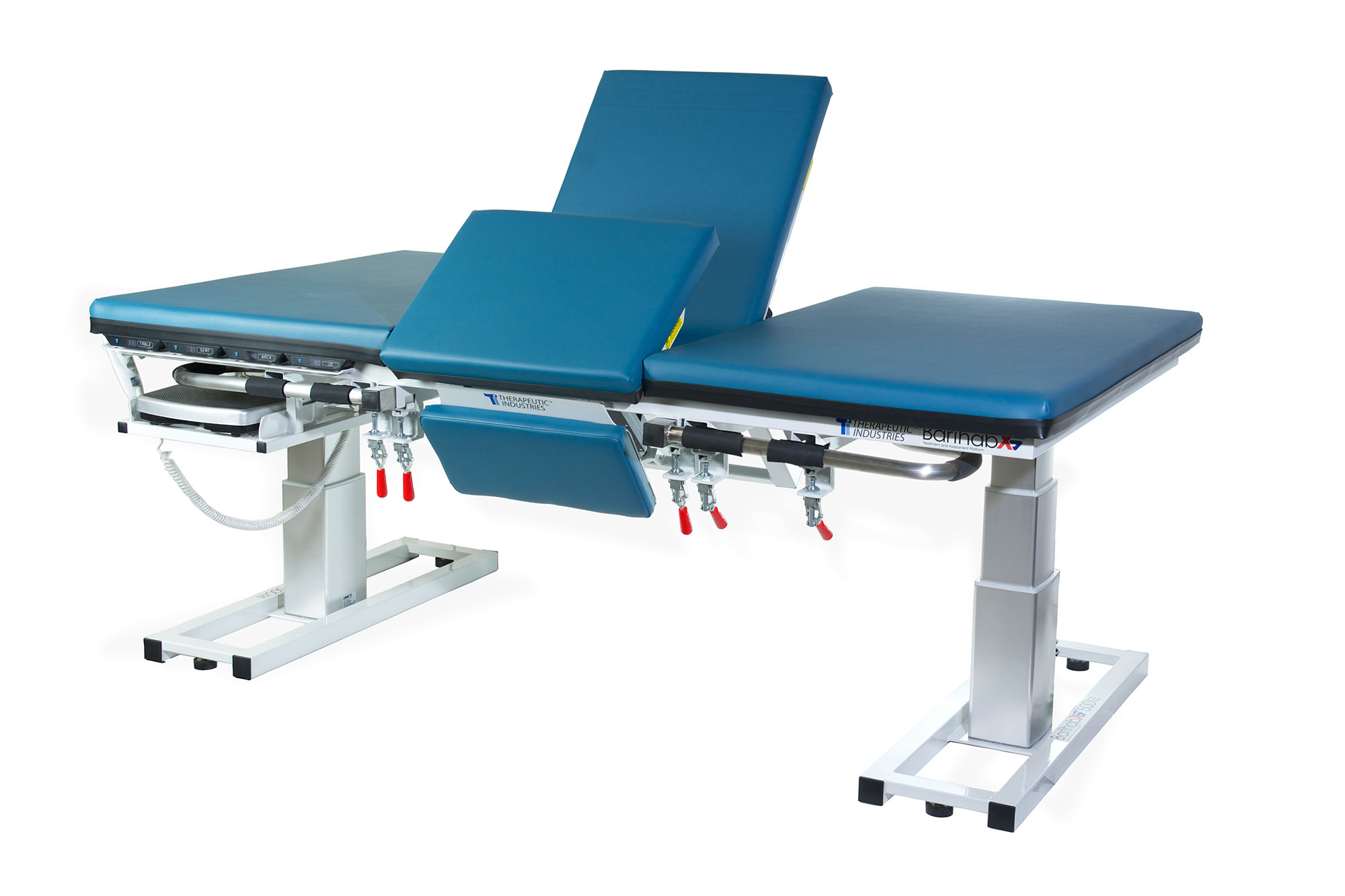 The Story Behind Therapeutic Industries
and the Barihab™ Treatment Platform

A prototype was developed and it was tested and seemed to work as designed. After the testing back it went into Eddie’s garage for storage and that’s where it stayed until Eddie was introduced to Laszlo Bayer who was a marketing and advertising executive. Mr. Bayer was retained to perform the market research to see if Eddie’s idea had the potential as a marketable device for the long-term care industry to be used in the physical and occupational therapy departments. After the market research was completed it was decided that there was a good chance that Eddie’s mat table with a built-in backrest was of value to the rehab industry and could be marketed.

Two months later with business plan in hand; Therapeutic Industries Inc. was born with Mr. Bayer at the helm as Chief Executive Officer. Needing to acquire the equity investment required funding the company’s activities; in late October of 2008 an investment was made by a family trust. With the funds now available Mr. Bayer directed the companies marketing strategy by first securing booth space at the American Physical Therapy Association annual conference being held in Las Vegas, Nevada the following February of 2009.

Because there was only one prototype and improvements were already planned, new Barihab™ Platforms needed to be built, the Barihab™8000 and the Barihab™9000. With only 3 months before the APTA Trade Show the task of building these 2 new Barihab™’s was the highest priority.

The second chapter of the story.

For the next year the Therapeutic Industries team traveled across the country visiting with as many therapists and rehab facilities as possible sharing the Barihab™’s advantages over the standard mat tables. This was the show and tell method and at the end of that year tired and almost out of funds Mr. Bayer reached out to an old friend for advice, help and funding. Chris Leheude was that old friend, who was an engineer, developer and successful businessman. With his business partner and good friend Ms. Merideth Laureno a long time marketing executive for a large telecom company and also successful in business new life was a possibility.

When Mr. Leheude and Ms. Laureno saw the Barihab™ demonstration they were captivated by the potential of the product. The partnership began with Ms. Laureno providing the investment needed to continue growing the company and agreeing to join the board of directors and lend her expertise as senior business advisor.  Mr. Leheude agreed to build the next 5 Barihab™ 9000 tables. He also provided investment to continue to grow the company. After working with the Barihab™ 9000 and being an engineer Mr. Leheude began designing improvements to make the Barihab™ a more versatile and desirable piece of rehab equipment. This helped to create astounding growth from 2011 to this day.

We now are a manufacturing company marketing our UL approved and patented brands of rehabilitation devices for skilled nursing facilities and hospitals. These are the Barihab™XS and XKS Treatment Platforms along with the S2S Standing Frame SSG Trainer and the IRT-34 (In Room Treatment) for early mobility intervention.

Since 2014 hundreds of Barihab™ platforms have been purchased by skilled nursing facilities and hospitals across the country. Because of its versatility, safety and productivity it has become the preferred therapy device used by physical and occupational therapists.

Through dedication, belief and hard work the success of Therapeutic Industries these past 14 years has proven that the American dream is alive and well.

See how a Barihab can transform your treatment. Contact us today for a quote.